Somewhere back in time... 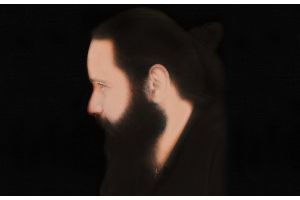 Launching our new column, here for Vinylstore.gr, we could not do anything but a little flashback to the history of our favorite vinyl!

Without having to go to its first forms, we will start directly with its most well-known form, the one that finally prevailed and of course we are talking about 33 rpm vinyls, the form of which was first released by Columbia Records in 1948 and was meant to conquer the world.

Vinyl, for almost forty consecutive years, has been the constant companion of all music lovers, offering through its grooves and this magical sound of the needle resting on it, countless emotions and moments that the older ones usually remember with emotion and leave to the younger ones the question why then the music or even better its reproduction, was so special, almost approaching a form of ritual, from the opening of the album from its case to its listening, the first one, but also every next time.

We are talking, of course, about an era in which the meaning of the internet and the ease with which we can today approach any album we would like to try to listen to was unknown. An era in which music was on the one hand a lottery (in terms of what will eventually be heard from our pickup) but at the same time an era in which the effort of the creator and the listening itself was perhaps more respected and important. Great names grew in this era and the base of their size was none other than vinyl.

Along the way, of course, various "opponents" found themselves on the road to the 33rd turn of vinyl, trying to challenge its dominance ... These opponents, with the tape being the first one, may not have managed to deal a major blow to its prestige. But the times changed and suddenly, another "record" was found in the course of vinyl. This "disk" offered better, clearer, digital sound, smaller size and therefore less space for storage, but above all portability. Through discman, you could have your favorite music with you anytime, anywhere.

And here, vinyl suffered its biggest and most devastating defeat. It came out of the lives of music lovers almost everywhere, especially the younger listeners, staying with only a few romantics who did not want to leave the above ritual that offered them.

Suddenly, in an era of absolute digitization, vinyl made a dynamic appearance again, showing that it was not defeated by state, it just waited for the rhythms of the modern era to tire the listeners, who would seek refuge in something so beautiful that apart from music It would also give them rest, a small part of an era that passed irrevocably, leaving many to gaze at it, but one of the windows through which one could see it is this vinyl itself.

The bands and their companies saw this turn of the public and one after the other began to offer their work in this form again, offering the listener the beautiful big covers that he missed so much but even the physical "contact" with music. To "touch" it through the vinyl, to feel it more directly, not so perfect perhaps, but so your own.

The highlight of all this? For the past year, vinyl has surpassed any of its rivals in sales of natural sound, sat back on the throne that rightfully belongs to it and, of course, once again began to generously share all those feelings that were so lacking in some and that were born in others, who now experienced the magic that the older ones described to them and would not change it with anything anymore.

We do not know what the future holds, neither for vinyl nor for music lovers, but we certainly enjoy these moments ... What do you say? Do we put something in the pickup spinning?